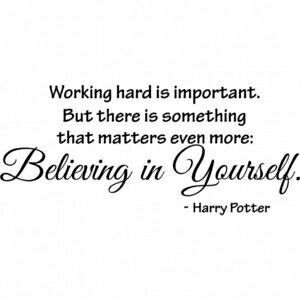 Mitch stared up at the little yellow tabby cat stuck on a limb high up in his tree. With a sigh, he rolled up his sleeves and began climbing up after the cat, cursing his luck for having such a stubborn cat for a pet. Why couldn’t he have gotten one more inclined to come when called, and had more sense than to get stuck up a tree?

After a few minutes of slow, careful climbing, Mitch finally reached the branch his cat was crouched halfway down on. The cat saw him and let out a pitiful mew. Mitch slowly inched out onto the limb and carefully reached out to the cat. However, the limb was not very thick or sturdy, and did not want to hold Mitch’s weight. Mitch had barely gotten out on it before it began to bend and crack. The cat, frightened, cried out and leaped onto Mitch’s back and to the trunk of the tree, where it began to claw its way back down, head first.

A few seconds later, the limb broke off underneath Mitch. He let out a quick yell as he began to fall, but he managed to quickly grab onto another limb and slowly make his way back down to the ground.

The broken limb fell, unfortunately, onto the car of Mitch’s grumpy neighbor, Earl, who has never really liked Mitch and has constantly complained about things Mitch has done, sometimes to the police much to Mitch’s chagrin. Mitch has never really done anything wrong, to warrant Earl’s ire, though there were a few instances that were purely accidental and which Earl has never let Mitch live down.

This, Mitch thought when he was what had happened to the limb, would be another such incident.

Only moments after the limb fell onto car, Earl came stomping out his front door. “That does it!” he cried out, “I’ve had it with that idiot! I’m going to tear him limb from limb! Mitch! Get over here!”

Mitch walked over to Earl’s car, which despite having a tree limb falling on the hood, didn’t appear to have too much damage done.

“How are you doing, Earl?” Mitch asked nonchalantly as he stepped up beside the older man.

“How am I doing?” Earl asked disbelievingly. He waved a gnarled hand at his car. “How do you think I’m doing?”

Mitch eyed the car. “I’m going to go out on a limb and say you’re not having a very good day?”

“You can say that again! Look at what you did to my car! And what are you going to do about it?”

“I didn’t do it on purpose, you know. It was a complete accident. And honestly, it doesn’t look that bad.”

“It doesn’t look that bad? Are you kidding me? Look at it!”

“I think insurance will probably cover it. But look, if there’s any problem about it, I’ll pay whatever insurance won’t cover to get it fixed? Ok? And if you need a ride anywhere until it’s fixed, I’ll take you? Ok? I am sorry about this, Earl. Really. I didn’t mean for this to happen.”

Earl sighed. “Fine,” he grunted. “But don’t let something like this happen again. Understand, Mitch? Not if  you want to keep your limbs intact.”

Mitch gulped and watch the older man stalk back into his house. Then a yellow blur caught his eye and he turned to see his cat making a bee-line for another tree. “Oh no you don’t, Tink!” he cried out. “Get back here!”

Mitch ran off, chasing after his cat.

This post is part of the Stream of Consciousness Saturday prompt, “limb”:

The Friday Reminder and Prompt for #SoCS July 29/17 You can buy happiness if you pay an adoption fee and save the life of a pet, so help #cleartheshelter.

Dark storm clouds rolled in threateningly over the crowd gathered to watch the prince’s coronation, and as the crown was set on his head and the crowd shouted “All hail the king!”, the storm broke and pelted the congregation with hail and rain, sending them scurrying for cover.

This post is part of the Tuesday Use It In A Sentence prompt, “hail”:

Oddly enough (or maybe not), I can relate to most of these 🙂

How Do You Know When You Are A Writer?
😀

Lord Sutcliffe sat at the desk in his study, composing a letter on a sheet of parchment by the flickering light of an oil lamp. Across the room, drawn curtains displayed the brilliant orange of a sunset sky over the trees of the woods at the back of his vast estate.

The door to the study opened and a young boy about five years of age came in. He held a small ball in his little hands. “Papa? he said, approaching the desk. “Papa?”

“Yes, boy, what is it?” Lord Sutcliffe asked gruffly as he continued to write.

“What are you doing? Want to go play ball?”

“I’m busy writing a letter right now, son. Maybe in a little while.”

“Just give me a few more minutes, son.”

The boy walked around the desk, looking at the different items on it. “What’s this,” he asked, dropping his ball and picking up what looked like some small, carved metal animals. He turned them over in his small hands and noticed a symbol on the bottom of them.

Lord Sutcliffe glanced up briefly from this letter. “Those are my sealing stampers. Be careful with them.” He returned to his letter.

The boy studied the small animals in this hands. “Ceiling…stampers?” he murmured and glanced up at the ceiling high over his little head. He looked at the desk and found a bottle of ink. He picked it up and wandered away, looking from the animal figures and bottle of ink in his hand to the ceiling, and thinking. He didn’t see any signs of stamps on the ceiling, so what did his father mean they were ceiling stamps? Maybe he hadn’t used them on the ceiling yet? Could he not figure out how to reach the ceiling with them?

An odd, tiny thumping noise caught Lord Sutcliffe’s attention and he looked up from his letter to see the young boy toss one of his sealing stampers up at the ceiling. It hit briefly before falling back down to the floor with a small thump.

“What are you doing, George!” Lord Sutcliffe cried out angrily. “Stop that before you break them!”

Young George, startled, turned to his father, and when he did, his small foot found the ball he had dropped earlier and he tripped and fell. The bottle of ink he held went flying high into the air and smashed into the ceiling, leaving a smear of ink on the ceiling and raining ink and porcelain on to the floor below.

Little George stared up at his father, tears streaming down his face. “I’m sorry, Papa,” he said softly.

“Go to your room, George,” Lord Sutcliffe said, pointing to the door. “Now.”

“Yes, Papa,” George said. He grabbed his ball, stood up, and walked from the room, his little head bowed meekly in apology.

Lord Sutcliffe watched him leave and shut the door. He sighed and returned to finishing writing his letter.

The Friday Reminder and Prompt for #SoCS July 22/17 It’s a great way to have less stressful life 🙂

One-Liner Wednesday – He’s at it yet again

Sniffling, Maryellen poured herself a drink at the small bar in her apartment, then took a sip of it. She flinched at the bitter taste of it, but nodded with satisfaction and took it over to the couch, where she quickly finished off the drink before throwing herself into the pillows and crying her eyes out with bitter sorrow over the fiasco of running into her boyfriend, Jimmy, apparently with another woman, and the argument that followed. Her cell phone chimed, and she looked at it to find a text message from Jimmy, apologizing for the misunderstanding and hoping she wasn’t too bitter about it. There was also an attached image, which she opened to see was a picture of him holding out a ring box. She barely had time to register what she was seeing when there was a knock at her door.

This post is part of the Tuesday Use It In A Sentence prompt, “bitter”:

Some useful tips to keep in mind 🙂