Lisa and Mac were in the living room, watching TV, when their cat came into the room and jumped up on the windowsill. The couple turned their attention to the gray tabby cat and watched him as he sat there and gazed intently out the window for a few minutes. The cat’s ears perked up at the sight of something in the backyard and he let out a small mew.

“Do you want to go outside, Silver?” Lisa asked the cat.

Silver jumped from the window and went over to the door, and Lisa got up to let him out.

Lisa went over to the window to watch, curious what had caught the tabby’s attention. Surprised at what she saw, she motioned Mac to join her.

“I wonder what’s going on?” she asked at the sight of a Silver sitting with a group of about a half-dozen other cats. They didn’t appear to be angry with each other or anything. They were just sitting there, staring at each other.  It was, she thought, as if they were having a meeting.

She mentioned the idea to Mac, who laughed and said jokingly, “Yeah, it’s probably a meeting about their plans for world domination. You know cats are plotting to take over the world, don’t you?”

Lisa and Mac laughed and returned to the couch to watch TV.

Outside, Silver and the others continued their conversation, not knowing that Lisa and Mac were on to them.

“So, how is everything going with you, #13?” Silver asked of the tuxedo cat to his left.

“Fairly well, Sir,” he answered.” I’ve about got my human subject trained to feed me on command. I still have to work on getting her to let me out when I ask. She doesn’t like for me to go outside for some odd reason. I keep having to slip out when I can to make these meetings.”

“And you, #7?” Silver asked of the Siamese to his right. “How goes your training of the humans?”

“Very well, Sir,” she replied. “They adore me so much, they will do anything I want. Although, they do need to work a bit more on cleaning out my litter boxes better.”

“And the training of my humans seems to be going well enough,” said Silver. “There are a few things that still need work, such as treats and more play time. But overall it sounds like the training of humans is going well. Soon, I think we will be able to move on to the next phase of our plans for world domination. We’ll meet back here again in a week to report on our progress. Dismissed!”

The clowder of cats broke up to return to their respective homes, their humans none the wiser about what the cats were truly up to. 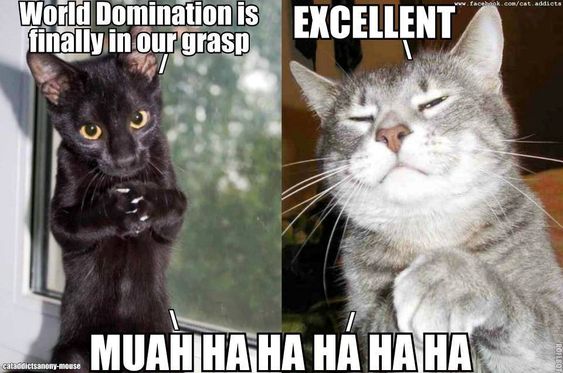 This post is part of the Stream of Consciousness Saturday prompt, “dom”:

The Friday Reminder and Prompt for #SoCS Sept. 29/18

Shocked, she can do nothing but stand there and watch as he leaves her forever. Around her, the autumn leaves fall, echoing the tears that stream down her cheeks.

This post is part of the Tuesday Use It In A Sentence prompt, “leaves”:

Jessie was in the middle of fixing dinner when she heard her phone ring from the other room. Stopping her preparations, she washed her hands and went to go answer the phone.

She hadn’t been talking on the phone for long when she heard a loud noise from the kitchen. She quickly ended the phone call and went to go check the kitchen. The sight that greeted her left her speechless.

The plate of chicken pieces had tumbled from the counter to the floor, along with the bowl of flour she’d prepared to bread the chicken with. One piece of chicken appeared to be missing.

Small powdery white paw prints lead from the pile of flour and across the kitchen floor to the cat flap in the back door.

Jessie instantly knew who the culprit was.

Shaking her head, Jessie followed the tracks outside to the backyard. The tracks continued down the porch until they reached the grass. Jessie stood on the bottom step and looked around the yard, wondering where Jinx could have gone with the chicken. It was a large yard backing onto a small wooded area. Along the side of the house to her left was her pride and joy: a large flower bed with a rainbow of brightly colored flowers of different types in bloom.

Slight movement of a few of the flowers caught her attention and she went over to investigate.

Carefully parting the flowers, Jessie spotted her black cat, Jinx, crouched on the ground and nibbling at the missing chicken breast.

Jessie quickly snatched the chicken away from the cat and Jinx let out a short hiss.

“Bad boy, Jinx,” Jessie scolded. “You shouldn’t eat this. It could make you sick.”

Jinx watched her with narrowed yellow eyes as she took the chicken back inside the house.  A faint noise from the wooded area caught his attention, and he turned an ear towards it to listen. A few moments later, he left the flower bed and strode off across the yard to seek out the source of the chirping.

This post is part of the Stream of Consciousness Saturday prompt, “flower/flour”:

The Friday Reminder and Prompt for #SoCS Sept. 22/18

I found a one-liner skill for my Amazon Alexa and decided to try it out. This is the one-liner she gave me:

Golf and sex are the only two things you can enjoy without being good at either of them.

As he woke, he could feel his teeth grind at the thought of going to work and sitting through the scheduled meeting. He made himself get out of bed and go to the kitchen, where he began to grind some coffee beans so he could fix his morning cup. As he opened the bag, the smell of the fresh beans perked him up some, and he could barely wait until the coffee was brewed.

This post is part of the Tuesday Use It In A Sentence prompt, “grind”:

Julie sat at her desk and mumbled to herself as she wrote on an envelope. She glanced up at the Post-it note to double check the name and address, then sealed the envelope and stuck a stamp on it.

Grabbing the envelope, she stuck it into her purse along with a stack of other envelopes on the desk. Then, with the bulging purse in hand, she grabbed her car keys and hurried for the front door.

Her husband, Jack, walked into the room just as she opened the door.

“Where are you off to in such a rush?” he asked her.

“The post office. I’ve got to get these invitations in the mail today or they’ll arrive too late.”

She started to walk out the door when he said, “Uh, you do know there’s no post on Sunday?”

She turned and glared at him. “Why didn’t you remind me yesterday to do the invitations, then? I asked you the other day to not let me forget about them!”

“Sorry?! Gah! I hate you sometimes! Now the invitations will be late.”

She turned back to the door and stepped out.

“Where are you going?” Jack asked.

“The post office. The invitations are already stamped. I can just stick them in a drop box and they’ll at least be picked up first thing in the morning.”

As she got in her car, he called out, “Can you stop by the store and pick up a box of Post Shredded Wheat for me? And some milk? We’re almost out.”

“No,” she called back, still angry at him. “Go get it yourself.”

He stood in the doorway and watched her drive off down the road.

The Friday Reminder and Prompt for #SoCS Sept. 15/18 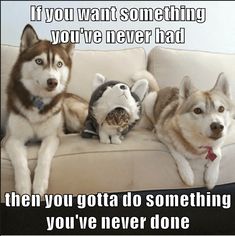 One-Liner Wednesday – Too Much Computer

These are great! Cringeworthy, but great.

via BuzzFeed  17 Times The English Language Was Absolutely Ridiculous

There’s a theory in the fiction book market right now that uplifting stories will always outsell misery, no matter what’s in vogue at the time.

In blogging, you could assume that it would be the same. But you’d be wrong. The single most popular post of this year for me which sees new shares on an almost daily basis is the hope-quenching firestormer, Demotivational Posters For Writers.

Isn’t it just the most beautiful and fortunate thing in the world that I’m JUST the person to give it to you?

With that in mind, please enjoy these further words of doom, gloom and general cynicism.