It was bound to happen.

Little Missy, the silver tabby cat, was always trying to get outside, wondering what it would be like to run through the grass and stalk creatures in the woods. One day, she managed to finally get out. Her owners happened to hold the door open a little too long, and Little Missy took her chance to slip out between their legs.

As she ran towards the woods behind the house, the little boy, Jackie, who she adored, and his mother and father called after her and chased after her, but she was too fast. She made it into the woods and began creeping along, sniffing the plants and listening for small prey.

Jackie and his parents made it to the woods a few minutes later and began searching for Little Missy. After a short while, they found her laying on the ground, unmoving. Jackie began crying as his mother and father checked her over. Finding her lifeless, but without any visible wounds, they sadly lifted her up and carried her back to the house. They couldn’t help but wonder at what appeared to be a very happy expression on Little Missy’s face.

Arriving home, they placed her body on the steps and went to get some things from the shed so they could bury her. A still-crying Jackie watched them from the door of the shed as they got a box and a shovel.

A sudden mew from beside Jackie made him jump. He looked down and cried out. His parents turned in time to see him pick up a little silver tabby cat.

“Look!” he said, turning to face his parents as the cat purred in his arms. “It’s Missy! She’s back!”

The mother stared in utter disbelief while the father just shook his head.

“I should have known,” the father said. “You know what they say. ‘Curiosity killed the cat, but satisfaction brought it back.'”

This post is part of the Just Jot It January prompt, “curiosity”:

Trying to get back on my usual schedule around here, so here you go.
A few thoughts on Writing and Reading. Some new, some I
may have shared before. Enjoy!
😀

When I dream, the dreams are often what I call off-the-wall weird. Sometimes, the dreams involve characters from books I’ve been reading recently or movies I’ve watched recently. I remember having a dream once that was a weird cross between Narnia and Harry Potter. And a funny one that still makes me chuckle when I think about it where I was Loki and I was supposed to start the water filling for a pool or something on the floor above me and I used my staff to reach up to turn it on, but something went wrong and the faucet started spraying out water just as Thor and other Marvel characters came to check on it, and the water hit Thor straight in the face.

I’ve also had dreams about TV shows, too. Sometimes its shows or animes I’ve been watching recently or occasionally one I’ve not seen in a while (and I’ll be in the mood to watch it again, afterward). A week or so ago, I had a dream involving characters from the anime, Fairy Tail. And the night before last I had one where I was part of a team of ghost hunters, and we were investigating the house where an evil spirit was supposed to be, and the spirit apparently knew us and was focused on getting rid of us (and not in a good way). It was like a cross between Ghost Adventures and Supernatural, with even a character named Bobby who was kind of like Bobby Singer (who turned up near the end of the dream). Unfortunately, I woke up before I could see how it ended. I’ve had many dreams that played out like TV shows, and I end up waking up before I can see how they end and wish I could go back to them to see the end. Sometimes, also, I think one of these dreams would make a good story, and that maybe I could remember it and finish it myself later, but that so far hasn’t happened.

This post is part of the Stream of Consciousness Saturday prompt, “television”:

An oldie but goodie.

From the 2019 Avon calendar

This post is part of One-liner Wednesday & Just Jot It January:

I am the master of my domain. All that I see belongs to me and me alone….Hark! What is that I see? A trespasser?! They shall be punished for daring to cross into my domain without my permission!

As Nathan entered the living room, he crossed in front of the bookshelf. The next thing he knew, a big furball came hurtling down on top of him.

“What the-” he cried out while trying to keep his balance. Once steady, he reached up and plucked the tabby cat off his head. “Jake! What in world do you think you’re doing, you silly cat!”

Nathan set Jake down on the floor. Jake glared up at him.

You crossed into my domain! I am the master here and you must pay the price for trespassing!

Nathan looked down at Jake. “Let me guess. You want a treat. All right. I’ll get you one in just a minute.”

“Yeah, yeah. I know. I’m going right now,” Nathan said as he plucked a book from the shelf and headed towards the kitchen. “Bossy cat,” he muttered. “Thinks he owns the place.”

This post is part of the Just Jot It January prompt, “master”:

Mick was sitting at the bar when his friend Eddie came in, sopping wet from the rain outside. “‘Sup?” Mick asked as Eddie took a seat on the stool next to him.

Eddie didn’t say anything, so thinking it odd, Mick took a closer look at him and noticed a dour expression on his face. “What’s wrong, Eddie?”

“Lisa broke up with me,” Eddie snarled.

“That’s it!” Eddie suddenly exclaimed, not letting Mick finish. “I’m done! I’m sick of it all! As of now, I’m through with women! No more dating! No more heartbreak! I’m going to remain a confirmed bachelor for the rest of my life!”

Julie, the pretty new bartender, approached just then. “Hey there, handsome,” she said to Eddie with a smile. “What can I get you?”

Eddie stared at her a moment as if starstruck, then replied,  “A beer and your phone number would be great.”

Mick just shook his head sadly, took a sip of his beer, and muttered, “He is such a sap.”

This post is part of the Stream of Consciousness Saturday prompt, “sap/sep/sip/sop/sup”:

As she turned and started to walk away, he couldn’t help thinking about how enigmatic she was. Winston Churchill’s quote about Russia, “a riddle, wrapped in a mystery, inside an enigma,” came to mind, and he thought it sounded just like her. She was so unpredictable. Try as he might, he had never been able to tell what she would say or do next, and it frustrated him.

Watching her walk away, he suddenly realized that, despite be frustrating, he very much enjoyed the challenge of figuring her out and he’d be happy to keep trying for the rest of his life.

He quickly ran after her.

This post is part of the Just Jot It January prompt, “enigmatic”:

I just want to wish everyone a very happy New Year. A new year means new chances and new beginnings, and the year will be what you make of it. So I hope you will treat 2019 as a book with 365 blank pages and write a good story for yourself full of peace, joy, and success. 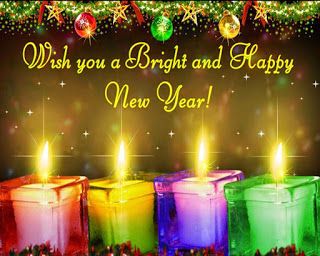