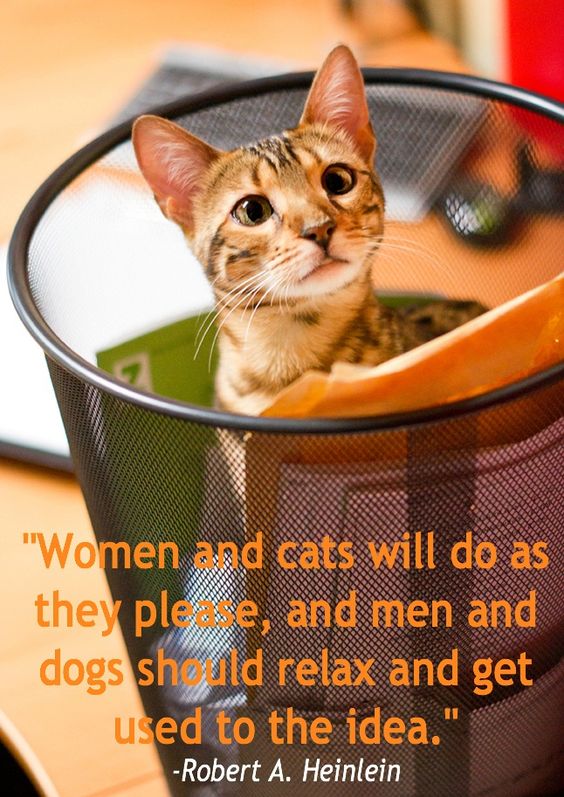 “Women and cats will do as they please, and men and dogs should relax and get used to the idea.” – Robert A. Heinlein

Panicked neighing woke Dirk the ranch hand and he ran out towards the stables with his father’s old Colt 45 drawn in time to see a group of men trying to make off with the ranch’s day-old thoroughbred colt. A few warning shots fired from his gun was enough to chase the men off.

This post is part of the Tuesday Use It In A Sentence prompt, “colt”: 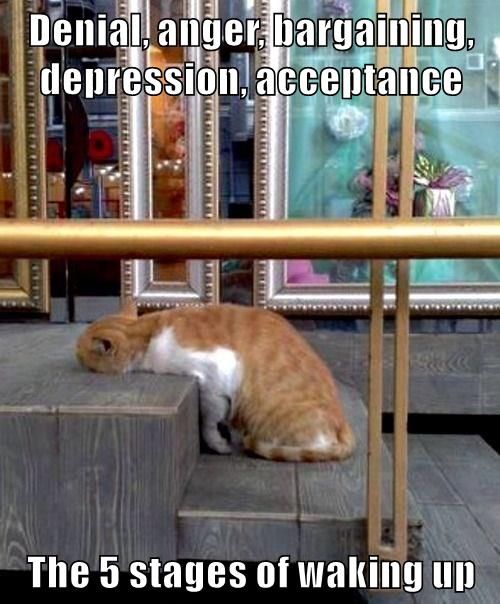 That would be me, most mornings.

Clark’s tendency to erupt passionately in rather colorful outbursts when angry often had his friends get him drunk and pull pranks on him for entertainment.

This post is part of the Tuesday Use It In A Sentence prompt, “erupt”:

The front door creaked open. The man in black slowly tiptoed inside, carefully peering around this way and that in the almost-pitch blackness, to try to get his bearing and make sure all was quiet. Not seeing anything, he released the breath he was holding and began making his way more boldly down the hall, heading for the bedrooms.

The man in black came upon the master bedroom first. Shining his flashlight around the room, he looked for the dresser so he could search it for jewelry and anything else valuable. As the beam of light shined across the bed, two bright yellow orbs reflected back at the man from a dark mass in the middle of the bed. A low growl and a hint of something white followed in the next instant.

The man let out a startled cry as the dark mass on the bed grew in size and quickly jumped at him. As it landed on the floor in front of him, the growling grew in intensity, and the man hurriedly backed out into the hallway. He ran back down the hallway, but only made it a few feet before the black mass, which had followed after him, jumped at his back. The man in black cried out in pain as something sharp struck him in the buttocks, and he fell heavily to the floor in a veritable faceplant, accompanied by the sound of tearing fabric. Something heavy suddenly sat on top of the man, and he found he couldn’t move.

An unknown number of minutes later, the homeowners arrived back home to find their door standing open. Panicked, they rushed inside and flipped on the light switch, not knowing what they would find. They gasped in shock at the scene that greeted them in the middle of the hallway: a man in black, lying face-down on the floor, with a big hole torn out of the butt of his pants, and their Bullmastiff dog, Trusty, sitting on top of him, holding him down and with a big piece of fabric hanging out of his mouth.

When he saw them, Trusty wagged his tail and panted happily, knowing he did good and that his owners would be pleased with how he’d protected their home.

The homeowners praised Trusty, then quickly called the police on their cell phone.

While they waited for the police, the man in black moaned from beneath Trusty and softly pleaded for help in getting the dog off him.

The homeowners, and Trusty, ignored him.

This short story is part of the Stream of Consciousness Saturday prompt, “pant”:

The Friday Reminder and Prompt for #SoCS Aug. 19/17

So today, August 17, is Black Cat Appreciation Day. This is the day set aside to celebrate these “miniature panthers”.

Sadly, black cats have a hard time getting adopted. This is in part due to outdated superstitions and myths about them, such as their being bad luck, being evil, being witches’s familiars, etc.  Another reason black cats (and black dogs) have trouble being adopted is that shelters have trouble getting good pictures to showcase them because they don’t photograph as well as lighter-colored animals.

Black cats, however, are just like any other cat. They are not evil creatures in league with the Devil or anything. Nor are they bad luck. In fact, in many cultures, they are considered good luck. My own black cat, Shadow, is a total sweetheart and, in the 12 years I’ve had him, he has not brought me any bad luck. I would love to have more black…

Since today would have been my sweet angel Shadow’s 15th birthday, and tomorrow is Black Cat Appreciation Day, I decided to share a favorite quote: Happy birthday, my sweet Shadow boy! I miss you.