“Where’s Gidget?” Lana asked as she dragged the carrier out of the closet. “It’s almost time for her spay appointment.”

“I don’t know, Mom,” called Jenny from her bedroom, where she was splayed out on her bed and scrolling on her cellphone.

“Well, could you help me find her? I don’t want to be late getting her to the vet.”

“Fine,” Jenny said with a huff, setting her phone aside and getting up from her bed.

Lana put the carrier by the front door and joined Jenny in the hunt for Gidget. They looked in every room of the house, in every nook and cranny they could think of, but couldn’t find the calico cat anywhere.

Lana was frantic. The time for the vet appointment was growing closer and closer. If they didn’t find Gidget soon, she’d have to reschedule and that would be quite a hassle. She grabbed the phone and as she got ready to call the vet, she was mentally tried to figure out when would be a good time for a rescheduled appointment, when her busy schedule might be open for an appointment around the time it would be okay again for Gidget to be spayed.

Just as she was about to hit the dial button, Jenny called out, “Found her!” from the kitchen.  Lana ran in and Jenny pointed at the refrigerator. Gidget was crouching on top of the refrigerator, doing her best to hide from them, having sensed the vet trip coming.

“I have an idea,” Jenny said, and she ran from the kitchen. A minute later, she returned with a spray bottle in her hand. “I’ll spray her with some water to chase her down. Then when she’s down, you grab her and put in the carrier.”

Lana gave her a skeptical look, but agreed, having no better plan of her own.

Jenny walked up to the refrigerator, reached as high up as she could, and sprayed water in Gidget’s direction. Gidget hissed as some of the water reached her. She tried to back away from it, but the wall blocked her. With no other option, Gidget jumped down from the side of the fridge to the small counter area beside the sink. Lana quickly grabbed her before she could get away.

Gidget yowled and squirmed as Lana carried her from the kitchen. Jenny followed and hurried in front of them so she could get the carrier and hold it for her mother. Gidget tried to fight back, but Lana won and stuffed the calico cat in the carrier.

“Thanks, Jenny,” Lana said over the plaintive yowling from the carrier.  “I couldn’t have gotten her without you.”

“You’re welcome, Mom. Good luck at the vet. I hope you won’t be too late.”

Lana thanked her again and walked out the front door with the carrier. Jenny could still hear Gidget’s yowls as she shut the door behind them.

This post is part of the Stream of Consciousness Saturday prompt, “spay/splay/spray”:

Hi gang! Craig here with you today. Every once in a while I like to pick something apart for the sake of a writing study. I always use film because more people are likely to have seen what I’m discussing.

I’ve never done this with a television series before, so we’ll see how it goes because there is no end in sight. I was feeling bad during lockdown, because I hadn’t binge watched anything, so I rewatched The Mandalorian. If this post is going to spoil something for you, stop here.

This series is eight episodes long, so far. That means every episode is 12.5% of the total. Keep this in mind as we go along.

There are two immediate lessons that come to mind for authors. First, don’t drown the audience in back story. Second, hold some things back.

We don’t follow Mando from childhood and learn all about…

We all know of the Wild West. Or do we? There are so many misconceptions and myths surrounding it, and so many of these are repeated in cowboy fiction and Western movies alike. So, here are some common misconceptions about the cowboys, Native Americans, and the Wild West courtesy of Jon Mixon on Quora and other sources.

Everyone wanted to be a cowboy

Cowboy was not a desirable job. The individuals that you see in films would be insulted in real life if they were called “cowboys”, as they were actually partial to the higher status sobriquet of “ranch hand”. Cowboy was essentially the convenience store worker of the Old West – an entry-level job that most people tried to move away from when they gained some money and experience.

Anybody working as a cowboy probably didn’t even own their own saddle or gun. You hired on and the Ranch…

As he watched her walk away and out of his life forever, he felt as if he was staring into oblivion, his heart breaking to pieces.

This day-late post is part of the Tuesday Use It In A Sentence prompt, “oblivion”: 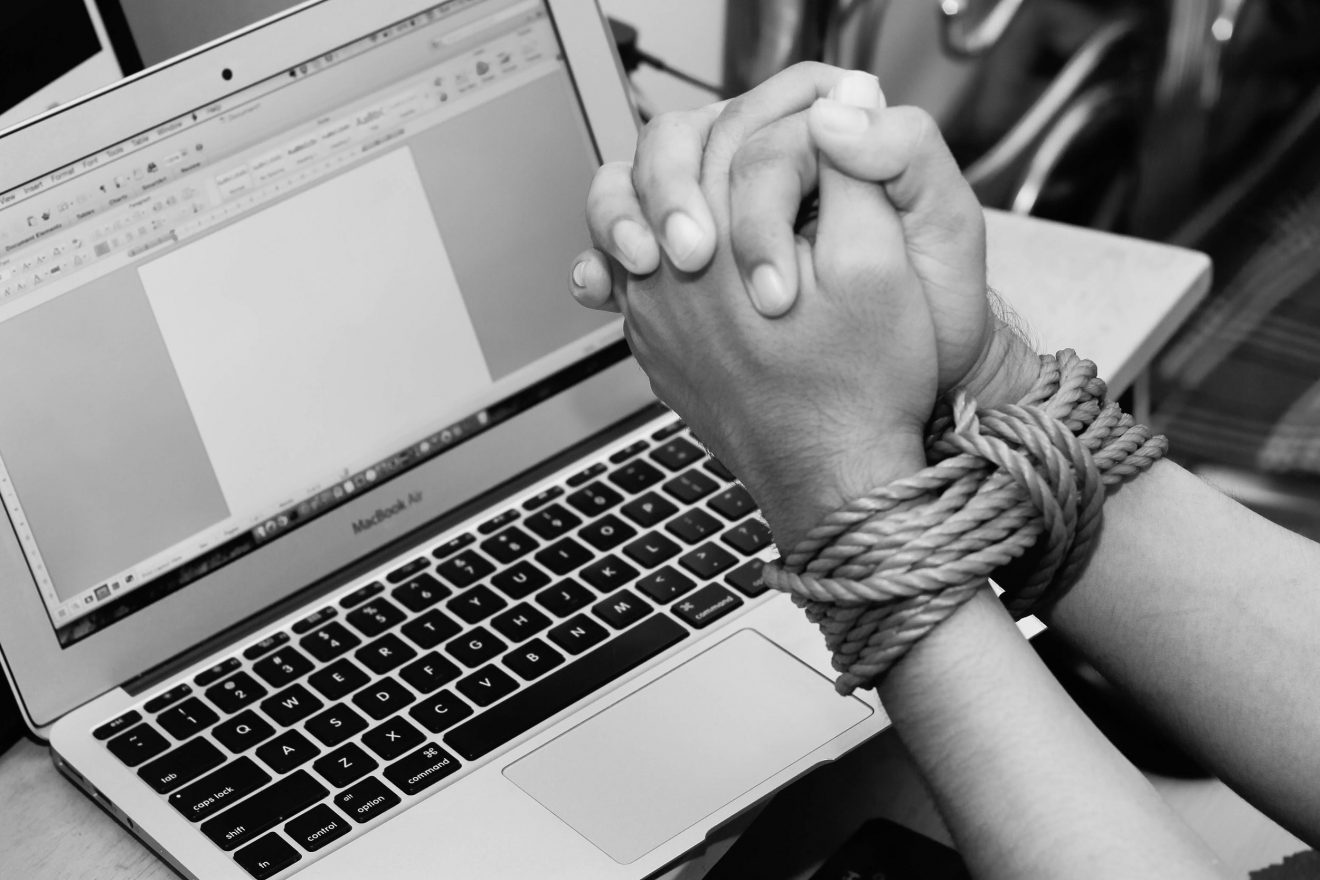 I came across a nice thread on Quora (here and here) about common mistakes in fiction. I am sharing here the ones that I agreed with. I found particularly interesting to see which mistakes different people mentioned, as many of them contradicted each other. This makes perfect sense to me: reading is a highly personal experience. That’s why I agree with Mary Gentle that there is only one sign that a novel is bad:

You’re reading the novel. You put it down. Somehow, you never pick it up again.

But it’s a highly personal thing and we can’t generalize. There are books that have made all the mistakes below and I’d still enjoy reading.

Having said all that, here are some of the most common mistakes mentioned:

This is most common in fantasy and sci-fi. Just dumping enormous amounts of facts and history on…

As I have grown.

When I was little

That could be bought

More often than not

That can’t be bought.

These sorts of things

Are what we all

This post is part of the Stream of Consciousness Saturday prompt, “want”:

on Publishing … and Other Forms of Insanity:

The COVID-19 pandemic is no match for writers! Literary magazines have stepped up and spawned a whole new genre – lockdown writing. How isolation affects people is varied and often unpredictable. People can become more gregarious, sympathetic and communicative, or they can drift toward the opposite side of the spectrum, becoming suspicious, angry and hostile. In all cases, the experience of isolation is disorienting.

These journals are looking for artistic, personal, and even humorous writing about life during the pandemic. All are paying markets, and none charge submission fees.

Personally I prefer to use Oxford comma as well. And as some memes have shown , the proper use of a can save lives.

And while it may be humorous, please don’t use the Shatner comma and go overboard with your commas. 😉

Hey, SE Readers. Joan with you on this Friday in May. Can you believe it’s the middle of the month already?

My last few posts have been more on the “how to” level. Today I thought I would write something a little lighthearted, although the subject has become controversial among many writers.

I’ll be the first to admit I’m not the best at punctuation. For instance, those pesky little commas often get the better of me. It’s been a long time since I was in school, and English wasn’t my favorite subject. Do I always insert a comma before a conjunction? Or only when each part can be stand-alone sentences? Not to mention all the other rules that come with its usage.

But there is one thing I’m staunch about the use of, and that is the Oxford (or serial) comma. Consider the following:

I love collecting writing tips. You never know when you’re going to stumble across a golden nugget of wisdom that will make your writing richer and more vibrant. One of the reasons I started this website was so that I could share the many valuable tips that I’ve collected over the years. I figure that if some bit of advice helped my writing, it’ll probably help others’ writing as well.

But writing tips are funny things. What works for me might not work for you. Maybe you’re naturally inclined to show rather than tell whereas I need someone to say, “show, don’t tell.” Or maybe you only write nonfiction and have no use for tips on creating believable characters or riveting plots. Maybe you only write far-out, abstract poetry and could care less about good grammar.

We writers are a varied bunch with different needs, goals…