Happy Memorial Day everyone! Have a great day enjoying the unofficial start of Summer, but also remember the reason for the day and keep those who gave their all for us in your thoughts.

Here’s a secret about writing which I have discovered – some stories you write will not turn out the way you expected them to because they are meant to be improved and perfected by the future you.

The future you will one day turn the story you are struggling with into something better.

The future you will be better equipped to deal with that troublesome character in your romance novel.

The future you will do big things with that draft book you have just shoved into drawer.

Sometimes we just need to get things down on paper, so that in the future we will have something to mould, sculpt and shape.

We put so much pressure on ourselves to make our stories work right now and if they don’t work today, we quickly shelve them.

Hi SE friends! Gwen with you today, and we’re going to explore another element of typology as it relates to writing.

You may recall that my prior two posts focused on Extroversion/Introversion and Sensation/Intuition, per the work of Dr. Carl Jung. Today I will continue that journey by focusing on Jung’s two modes of judging – Thinking and Feeling. If you are unsure of your typology, and if you are interested, you can take the short test provided here. There are longer tests available that are more accurate, but this short one offers plenty of insight.

Let’s begin with a story.

Most of my working years were spent on college campuses. My supervisor at the final institution was a geophysicist with two PhDs. Needless to say, he is a strong Thinker type. I’m a strong Feeler type. It took one meeting with him…

On this day 125 years ago, Bram Stoker’s Dracula was published, bringing vampires into our collective imagination.

“There are mysteries which men can only guess at, which age by age they may solve only in part.”

This post is part of the One-liner Wednesday prompt:

Authors who want to take their books from idea to paperback must become project managers. Like any other endeavor, writing and successfully taking your novel to publication has many steps that take it from idea to proto-product to completion. It doesn’t matter if you are going indie or sticking to the traditional route.

Then there is the marketing of the finished product, but that is NOT my area strength, so I won’t offer any advice on that score.

Even on the surface, writing fiction is complex.

We all know a high-quality product when we see one. The manufacturer didn’t make it out of cheap components. They put their best effort and the finest materials they could acquire into creating it. Because the manufacturer cared about their product, we are proud to own it.

For authors, the essential component we must not go cheaply on is grammar. The way we…

Hello, SE’ers! This is Jan Sikes, and I cannot tell you how thrilled I am to post my first blog on this site. It is truly an honor to join such a diverse and talented group of writers. Today I want to talk about a topic that I’ve had on my mind a lot lately as I watch my granddaughter grow and develop a talent.

CAN THE WRITING GENE BE HEREDITARY?

This is a question I have pondered, as I watch my nine-year-old granddaughter craft stories. She has quite the imagination and can sit down and churn out a short story in no time. Her latest was about a nine-year-old girl named Cleo, who discovers that she is a direct descendant of Cleopatra. The little girl, Cleo, also finds that she has secret powers. I was amazed when I read it. Needless to say, it is in…

The raiders ransacked the small town, attacking the residents indiscriminately and burning buildings as they went. They stole whatever gold and valuables they could find as they did. When they reached the church, they took all the gold inside and destroyed all the religious imagery, including the sacred icon that was the centerpiece of the altar. Then they set the church aflame.

Hi, SEers! You’re with Mae, and I’m glad you’ve chosen to spend time with me. Today, I’d like to discuss plot-driven fiction vs. character-driven fiction. As writers (and readers) we have preferences, and each style has merit.

Plot Driven
Situations and circumstance take center stage in a plot-driven story. The work is focused on events and happenings more so than the internal struggles of the characters. External conflict is key.

Character Driven
In a character-driven story, plot becomes secondary to the goals and motivations of the characters and character growth throughout the story. Deep POV and inner monologues work well in character driven fiction.

This is not to say that plot-driven fiction doesn’t rely on character development, and vice versa,  only that the primary focus is different.

In a character-driven story, the reader is more likely to form an emotional bond with the protagonist. This is achieved through developing backstory…

Aryn paused her horse and watched a dark spot on the horizon as it drifted around the peak of a mountain. She thought it was an eagle at first. As she watched, it moved off eastward, towards the farming village Aryn knew was nearby. As it did, Aryn’s sharp hearing picked up the distant sound of the bird’s hunting cry, and it wasn’t the sound of an eagle.

It was her quarry.

Aryn urged her horse into a gallop and took off towards the village,  hoping to get there in time. As she rode, she wondered, not for the first time, just what she’d been thinking when she’d accepted the job offer.

She’d been approached by the city’s magistrate to help the outlying villages with a problem of their livestock being poached. The one doing the poaching, however, wasn’t a person but large bird of prey. And not just any bird of prey, but a giant, legendary bird that has used the area for its hunting grounds for centuries.

The magistrate had begged Aryn to help, but she wasn’t sure just what she could do to help. She’d never taken on a creature like that before. She had started to turn down the magistrate, but then he had promised her a hefty reward if she could get rid of the bird.

And now here she was, rushing off towards this village to face a giant bird that could steal a full-grown cow with no problem (and even elephants, according to legend), with no plan or the vaguest idea of what she possibly could do to get rid of it.

As she neared the village, she spotted a heard of cow and bulls grazing in the distance. The next thing she knew, a large, dark form dropped down from the sky with a piercing shriek. Aryn watched in amazement as the giant bird scooped up a pair of cows in its huge talons and took off, heading back towards the mountain.

As Aryn watched the roc leave, she wondered just what she’d gotten herself into, and cursed her greed and reputation for getting her into this.

She urged the horse on into the village so she could talk with the residents and devise some sort of plan of action. 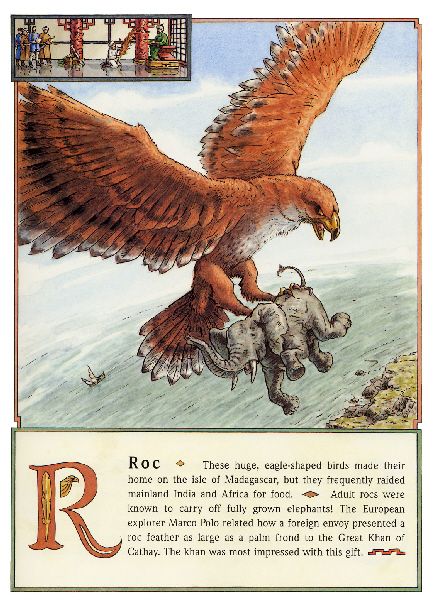 This post is part of the Stream of Consciousness Saturday prompt, “roc”:

on The Write Life:

Have you ever been afraid of editors thinking you haven’t proofread your piece, even when you definitely have?

Do you re-read your posts ad nauseam, only to still feel a sense of dread when sending your draft?

Writing comes with a creative payoff. Editing gives you an authority edge. But proofreading? It’s tedious, boring and never feels like you’re doing it right.

The problem with proofreading is that we seldom look past grammar and spelling. And that’s what most tips for proofreading seem to focus on, but the reality is there’s so much more to it.

Sure, we read through guidelines and try to follow certain styles, but that’s about it. In fact, on a surface level, those do sound like the only things you could do.

Well, what if I told you there’s another…