Wishing a very happy Halloween to all! 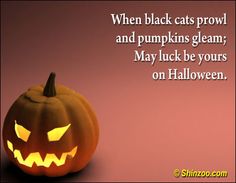 “When black cats prowl and pumpkins gleam, may luck be yours on Halloween.” – anonymous

Mandy cleared away the dishes from the table and set about rinsing them off in the kitchen sink so she could load the dishwasher. As she worked, she hummed to herself and thought about what she might do for the rest of the day. Thinking she might try to do some work in the flower garden since the weather was forecasted to be nice, she glanced up from the bowl she was rinsing to view the yard from the little window above the sink.

Her brow furrowed as she spotted something odd at the far end of the yard, near the woodline. She couldn’t be certain since it was a good distance away, but it looked like a big pile of dirt. She couldn’t remember seeing it there before.

Thinking someone had snuck onto her property and done some digging, she stopped doing the dishes and went outside to check it out.

Reaching the spot she’d seen, she saw that it was, indeed, a hole that had been dug and covered up. And judging from the dirt, it appeared to have been done fairly recently. Curious as to what might be buried, she hurried back to her yard and got a shovel from the shed. Then she returned to the hole.

She thought the hole would be fairly deep and so expected to have to dig for a bit, but it only took her a few a scoops with the shovel before she found something. Not believing what she saw, she removed more of the dirt. Soon she had, she believed, uncovered the secret of the mystery hole. She dropped the shovel and covered her mouth in shock.

What was in the hole was not any sort of buried treasure. It was, in fact, a pile of bones. Bones that appeared to be fairly fresh.

Holding back a scream, she ran back to her house. She frantically searched the living room for her phone, in her panic momentarily forgetting where she’d put it.

A few minutes later, she found the phone where it had inadvertently slipped between a couple of couch cushions. She was just starting to dial 911 when she heard her teenage son call to her from the kitchen.

“Mom!” he called, “the neighbor’s dog is digging in the yard again!”

Wondering what he was talking about, she stopped dialing and went into the kitchen to look.

Standing at the hole she’d been digging at was the neighbor’s black Labrador. It was digging at the hole. In the dog’s mouth was a large bone. As she watched, it dropped the bone into the hole to join the other bones. Then the dog began kicking the loose dirt back over the hole. When it was covered, the dog strutted back off into the woods, its head and tail held up proudly.

Mandy heaved a large sigh of relief, set her phone down, and returned to doing her dishes. 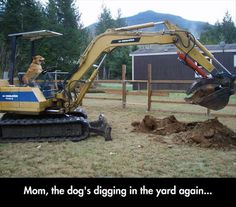 This post is part of the Stream of Consciousness Saturday prompt, “bone”:

The Friday Reminder and Prompt for #SoCS Oct. 27/18

As a former owner of a black cat, I can’t pass up sharing this 😀

Watching her take down her would-be assailant with the martial arts moves she’d learned over the years on the force, he realized she was a force to be reckoned with and vowed to never get on his new partner’s bad side.

This post is part of the Tuesday Use It In A Sentence prompt, “force”:

Recently I found myself writing a whole series of jokes from the point of view of a “Superblogger” – the biggest, thickest, richest, most popular social influencer of them all. I’ll be posting them on the blog in due course, starting quite soon, but in the meantime it got me thinking.

What would it be like to be a modern internet superhero? What powers would they have? And can I squeeze another joke out of it somewhere, because we all know that’s my raison d’être, no matter how much I try to dress it up as a life lesson?

No matter what’s in vogue, we haven’t been able to get enough of superheroes since about 1949. Ever since the first manly man stuck his underpants outside his trousers and flew or leapt impossible distances through the air, we’ve been hungry for fantastic tales of fantastic people doing fantastic things to our enemies.

Picking up her cat, she realized Mickey was starting to feel a bit heavy and decided to put him on a diet, no matter how much he might dislike it. As if sensing her intent, the black and white cat squirmed in her arms until she let go, and landed on the floor with a heavy thud of his feet and dashed away.

This post is part of the Tuesday Use It In Sentence prompt, “heavy”:

Great writing starts with getting words on the page

The writing process begins once you find the inspiration.

You can close your eyes and wait for the thoughts and feelings to arrive to get your ideas flowing.

But sometimes the waiting can seem like forever. So you try to listen to music or watch TV to find sources of inspiration. You might go for a walk to do a little “people watching”.

All writers know how the process works or doesn’t work when you sit down to write a story or even blog posts. Some might call it a writer block, writer’s block, laziness or procrastination.

But it doesn’t matter what you call it. It is part and parcel of creative writing. From the time you started writing, you must have experienced this idea void many times.

Perhaps the next time it happens…

Hillary left the fortune teller’s shop feeling a mixture of happiness and dread. The tarot card reading she’d gotten had turned up both the Death card and the Lovers card along with the Wheel of Fortune, and Hillary wasn’t quite sure what to make of it. Was she going to meet her soul mate? Was someone going to die? What did the cards mean? The fortune teller hadn’t been very clear on that part. Maybe she needed to go to a different fortune teller.

As she walked along, thinking of various scenarios of how the cards might play out, Hillary passed by an alleyway. As she did, she heard a small, faint meowing coming from the alley. She walked into the alley and searched for the source of the sound.

At the back of the alley was a pile of junk. As Hillary drew closer to it, she heard the meowing again and could just barely make out a pair of tiny yellow eyes peering out from among the junk.

The eyes were near the ground, in the crack between a couple of large pieces laying near each other. Hillary knelt down to get a closer look, and as she did, a scrawny ginger tabby kitten crawled out and walked slowly towards her.

The kitten purred as she held it in her hands, and it looked up at her and let out a small mew.

“You’re so sweet,” she told the kitten. “I’m going to take you home with me. I can’t leave you out here and let you starve to death.”

As she left the alley with the kitten, she genuinely smiled for the first time in a long time as she made plans to stop into a nearby store to get some supplies for the kitten and to take it to the vet in the morning for a checkup.

In the back of her mind, she realized the tarot cards had been right, after all.

This post is part of the Stream of Consciousness Saturday prompt, “card”:

The Friday Reminder and Prompt for #SoCS Oct. 6/18