Chrissy and Jason were at their grandmother’s house, helping to clean up the large, old building she’d lived in for the better part of her adult life. They worked while Ellie, their grandmother, supervised them. Then, having finished with the upper levels of the home, they took a break to have a snack and watch a little TV before heading down to tackle the basement. Ellie, though normally fairly spry for a woman in her late 80s, began to feel her age and stayed behind to take a short nap while the two siblings worked.

Chrissy and Jason stood at the bottom of the steps and looked around. They got the feeling they had their work cut out for them down there. The basement was covered in dust and cobwebs and didn’t appear to have been cleaned in years. The wooden shelves along the walls and the small table in the center of the room were so covered in dust, they looked more white than brown. As the two stepped forward to tackle the dusty mess, a mouse scurried across the room from one shelf to another, and Chrissy let out a small shriek. Jason rolled his eyes at her and told her to get to work.

They spent the better part of an hour sweeping the floor and dusting the shelves and all the various things stored on them. As they neared the back wall, Chrissy noticed a beat up old shoe box stored way back on the top shelf. Curious what was in it, she reached up was not quite able to reach it, so she asked Jason to get it for her.

The two of them took the box over to the table and opened it. Inside were dozens of old letters addressed to their grandmother, many of them in ratty old envelopes postmarked from overseas. Chrissy gently opened one and started to read the letter inside, but quickly blushed and put it away. She did notice who the letter was from, though, and  her curiosity was piqued even more. “I think Grandma should see this,” she told Jason.

The two took the shoebox upstairs to the living room, where Ellie was once again awake and was sitting on the couch, watching the TV. Chrissy and Jason sat down beside her and showed her the shoe box.

“Oh, my!” Ellie said as she looked at it and the contents. “I haven’t seen this box in so long!”

“What is it, Grandma?” Chrissy asked. “And who was John? I thought Grandpa’s name was Mitch.”

Ellie read a letter in silence with a wistful smile appeared on her lips. As she finished, tears welled up in her eyes. She looked up at Chrissy and Jason. “John was my first love,” she told them. “These are letters he wrote to me long ago.”

“We met when we were teenagers. We were very much in love, and had planned to marry. But he got drafted and had to go fight in the war. He wrote to me as often as he could while he was there, and I looked forward to getting his letters. But then, the letters suddenly stopped coming, and I eventually found out he died in battle. I was heartbroken. I boxed up all the love letters he’d sent me when we were courting and the letters he sent me during the war, and put them away. I would occasionally take them out and read them again, to keep his memory alive. But eventually, I moved on.”

“And then you married Grandpa?” Chrissy asked.

“A couple of years after John passed, I met and married Mitch. I loved Mitch very much, but John has always held a special place in my heart.”

Ellie took out another letter and started reading it. Chrissy and Jason sat silently with her, supporting her, as she relived her past.

This post is part of the Stream of Consciousness Saturday prompt, “letter”:

The Friday Reminder and Prompt for #SoCS May 5/18 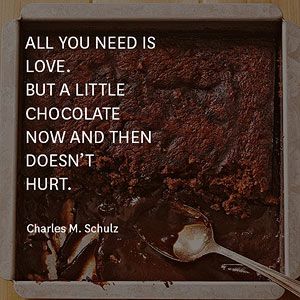 “All you need is love, but a little chocolate now and then doesn’t hurt.” – Charles M. Schulz 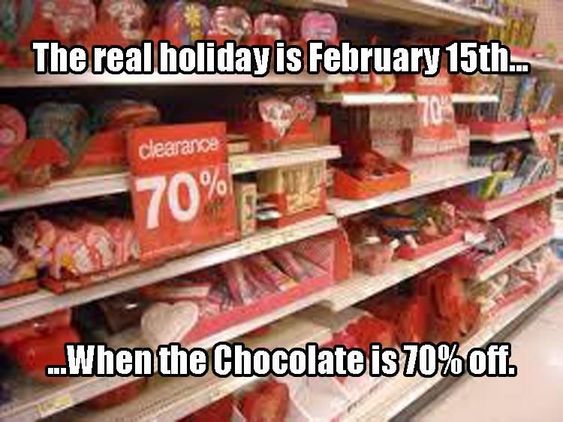 As Maria and Mitchell exchanged vows in front of the altar, their parents watched from the pews and smiled happily as they recalled watching the organic growth of their childhood friendship into love over the years.

This post is part of the Tuesday Use It In A Sentence prompt, “organic”:

The touch of your hair

And warmth of your breath

The feel of your hand

The light of joy

All of the places

All of the things

All of the plans

But you have gone

And left me here

This poem is part of the Stream of Consciousness Saturday prompt, “mem”:

The Friday Reminder and Prompt for #SoCS Nov. 12/16

When Abby’s fiance died suddenly in a car accident just days before the wedding, she didn’t think she’d ever be able to fill the void left in her heart from losing the man she thought was her soul mate. But then, one day, a few months after the accident, she just happened to meet Jackson, and the emptiness slowly began to fill.

This post is part of the Tuesday Use It In A Sentence prompt, “void”:

“On second thought,” Allie muttered as she stared at her reflection in the mirror, checking her makeup, “maybe this wasn’t such a good idea after all. Maybe I should just call and cancel.”

She sighed. “What would Margo say, though? She went to so much trouble to help you out and set this up for you. Do you really want to hurt her feelings?”

She fixed a stray strand of blonde hair and continued debating with herself. “Am I really ready for this, though? It’s only been a couple of months. And I don’t know anything about him except what Margo’s told me. But then again, I guess that’s why they call it a blind date.”

Allie heard a call pull up outside and gave her head a small shake. “Stop worrying and second guessing yourself, Allie,” she told herself. “It’ll be fine. He’s probably feeling the same nervousness.”

Footsteps sounded outside the door, then the doorbell rang. Allie took a deep breath and called out, “Coming!”

She hurried over to the door and opened it to find a tall, dark-haired young man standing nervously on her porch. She stared at him in surprise. He matched the description Margo had given her, but she hadn’t expected him to be so good-looking.

He stared at her a moment, too. Then he cleared his throat and offered her his hand. “Hi,” he said with deep, rich voice that Allie instantly liked. “You’re Allie, right? I’m Margo’s friend, Jake.”

“Sure.” She started to step out, then paused. “Oh, just a second. Let me grab my purse.”

She hurried back inside to grab her purse from the couch, then returned to Jake. “Ok,” she said with a smile. “Let’s go.”

This short story is part of the Stream of Consciousness Saturday prompt “second”:

The Friday Reminder and Prompt for #SoCS July 23/16

If only I hadn’t done that,

I think,  though I know

Not what I did.

If only I hadn’t said that,

I think, though I know

Not what I said.

What if I had done

What if I had behaved

Would things be different?

Be here with me, then?

This poem is part of Stream of Consciousness Saturday, “If/Then”:

The Friday Reminder and Prompt for #SoCS July 16/16

After promising to meet Elaine at the college library again the next day to study for exams, Jared stood outside the door and watched her walk away, wishing once again that he had the courage to tell her how he really felt about her, but he was afraid it would ruin the close friendship they’d had since they were kids.

Taylor stopped unpacking and opened the window. The scent of honeysuckle wafted into the room on a light, summer breeze, accompanied by the sound of crickets and bringing forth unbidden memories of playing in the field and down by the creek with her childhood best friend, Johnny. She regretted once again never having told him her true feelings before she’d left town. She’d never had the courage to, and had hoped by being away she could have forgotten about him, but he always turned up in her dreams at night. Now she was back home on break from college and finally ready to tell him, but she worried he might not want to see her, since she’d left without even telling him goodbye.

Besides, when she’d called a couple months ago to tell her mom she’d be home for break, she’d heard that Johnny had just started seeing Marnie. Did she even have the right to confess to him at this point? She didn’t even know if he was still seeing her.

She wiped a stray tear from her cheek, turned from the window, and resumed unpacking.

The sound of a distinct knock echoed down the hall from the front door , and Taylor caught her breath and looked up from her suitcase with wide, hopeful eyes. At the sound of Johnny’s voice calling her name excitedly, she grinned and hurried from her room to answer the door.

This is a bit more than a sentence, but as soon as I came up with the sentence for the prompt word “waft”, this whole little story just seemed to develop. And so, here is my entry for this week’s post for Tuesday Use It In A Sentence: