Today is National Black Cat Day, so I decided to share a few pictures of my angel Shadow to celebrate. Enjoy 😸

As someone who’s proud to have been owned by a black cat, I want to wish everyone a happy Black Cat Appreciation Day.

Black cats sadly are still struggling to get out from under the veil of superstition they’ve been under for many, many years. But those of us who have been lucky enough to have had black cats in our lives know how great and loving they really can be.

For those of you who may not be aware, here are a few reasons black cats are so great: 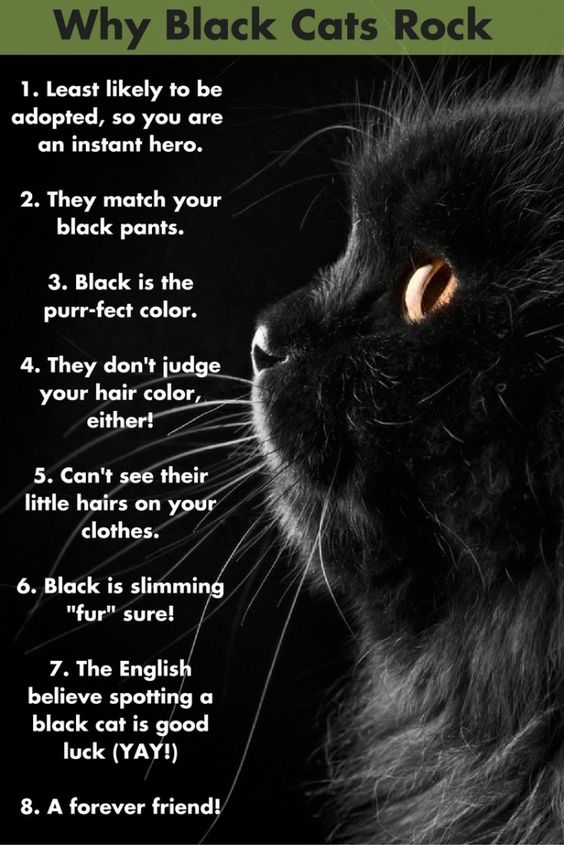 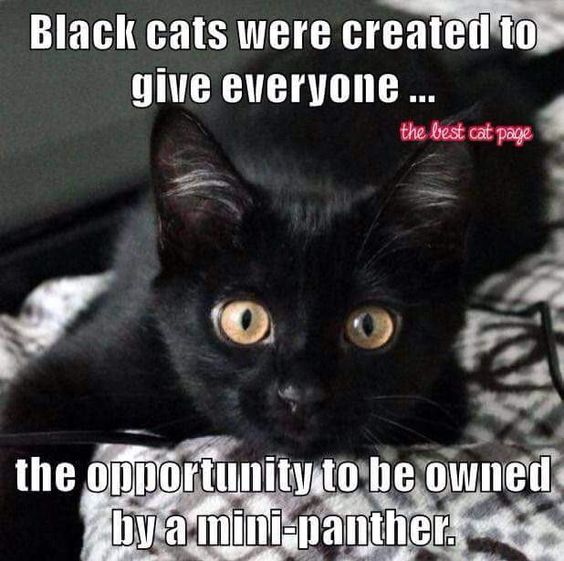 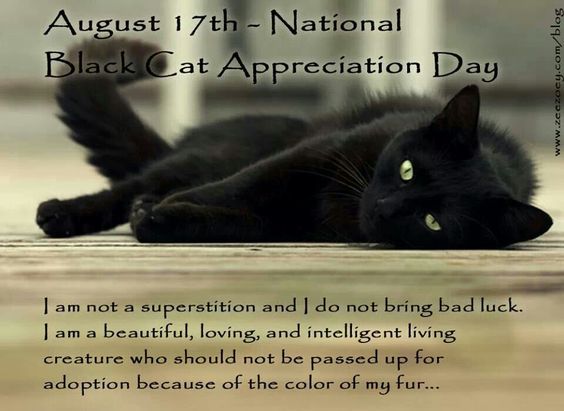 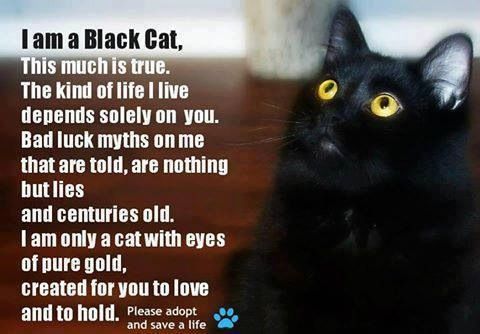 This post is in honor of my angel Shadow

“Honey, I can’t find Hex or Jinx anywhere! If we don’t find the cats soon, we’ll be late for the v-e-t!”

She went into the kitchen,  and Harold stood in the doorway, watching her. She took a can of tuna out of the pantry and plugged in the can opener. “I’d stand out of the way if I were you,” she warned him.

She attached the can of tuna to the can opener and pressed the button. The can had barely started turning when the sound of paws thumping on the hardwood floor sounded outside the kitchen. Startled, Harold quickly stepped out of the way before he got knocked down by two black cats that suddenly came running into in the kitchen, seeming to have appeared out of nowhere.

Jessica chuckled. “No matter where they are, they always come running the instant they hear me opening a can of food. Let me take care of them. You get the carriers.” This post is part of the Tuesday Use It In A Sentence prompt, “opening”:

(note: the cats’ names come from a dream I once had where I had two black cats named Hex and Jinx)

As a proud owner of a black cat, I wanted to share something for Black Cat Appreciation Day to help dispel the superstitious stigmas and myths that still somehow surround them, and thought of something that also works for One-liner Wednesday:

As a proud owner of a sweet black kitty, I had to share this.